A pay-to-script-hash (P2SH), or script address, can have additional rules and functionality attached to the address. Script addresses are commonly used for multi-sig addresses, which can specify that signatures from several keys are required to authorize the transaction.

Script addresses start with the number 3, can contain upper and lowercase characters, and are case sensitive.

In contrast to legacy addresses, pay-to-script-hash addresses are not the hash of the public key, but of a script that involves certain spending conditions, which stay hidden from the sender. These spending conditions can be very simple (owner of public key A can spend this bitcoin), or rather complex (owner of public key B can spend this bitcoin after X amount of time if he reveals a predetermined secret). Using this script, P2SH addresses can even make use of SegWit and save transaction fees. 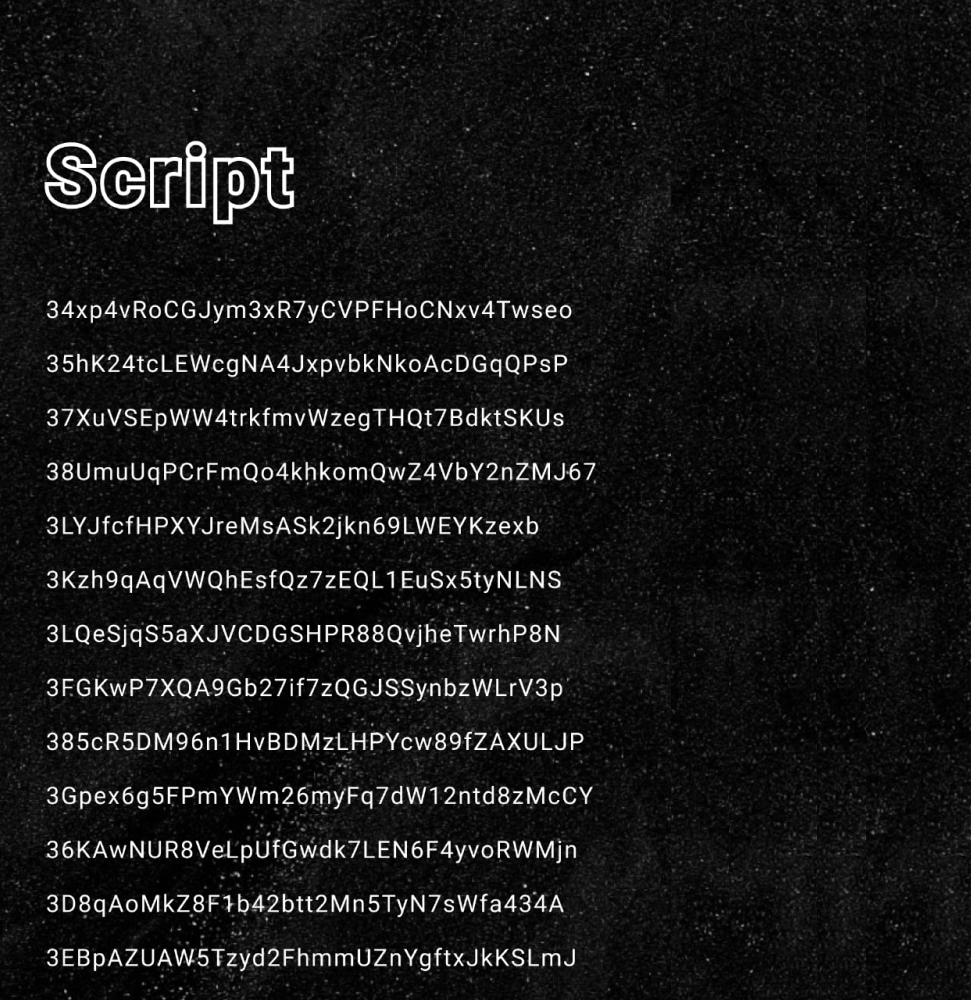